Was a busy week last week, so this is a combined post for the last 2 weeks...

Planning for the cover progressed. Though it was deceided to try a more hands on solution to 3D printing. 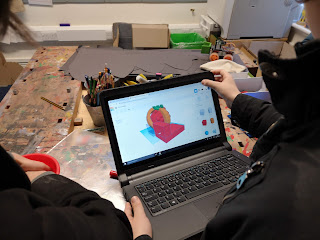 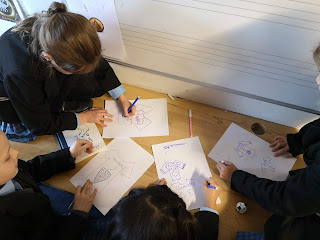 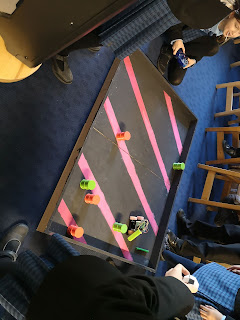 We started to practice more of the events.

Molly
Most people first drove the robot depending on what they’re doing in the competition and then we split up into cover team and shirt team for the design of the robots stuff
Charlotte
Yeastarday we practiced driving the robot and started to design the tops.
Elisa
we drove a robot and pracised, mr hughes developed the design on the robot covet and a few people (including me!) designed the t-shirts!
Aman
Marcus
Ivy
we also started designing thet-shirts
Thomas Today we practised with the robot and decided on our many things and finalised the design of the robot. A few people also designed the t shirts

More practing this week, but we where missing many members of the team. Mr Hughes spent a long time fixing one of the robots. 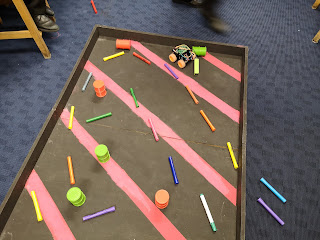 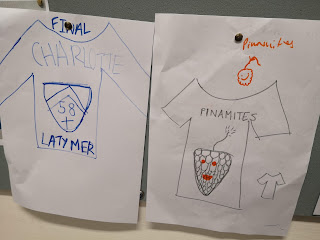 The finalised design for the t-shirt we will start them next week.

The cover is still to be started. Time is running out!